Ephesians 4
11 And He Himself gave some to be apostles, some prophets, some evangelists, and some pastors and teachers, 12 for the equipping of the saints for the work of ministry, for the edifying of the body of Christ, 13 till we all come to the unity of the faith and of the knowledge of the Son of God, to a perfect man, to the measure of the stature of the fullness of Christ;

Founded by Roy and Susan Cypher in 2017 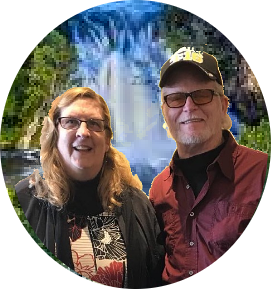 with a heart for spreading the gospel of Jesus Christ
Roy and Susan see the need for front-line warriors for Christ, C.O.R.T. is a boot camp that prepares warriors for the front line. C.O.R.T. has modeled itself after the School of Tyrannus,( Acts 19:8-10 ) the school led by the apostle Paul, while in the city of Ephesus.

City of refuge training center is a place for refreshing and training.
Our  mission is to teach the basics of a house church, street evangelizing, and missions. 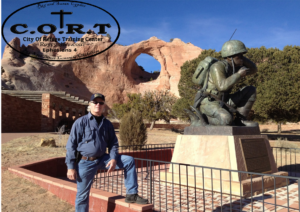 Roy was born in Glendale, California, and raised in Kansas. served in Vietnam as a medic returning home with PTSD, later finding peace in Jesus Christ he overcame the terrors that Nam had left him.
Roy was called to worldwide missions at the young age of 38 when he began working with YWAM in Hawaii.
In 1991 Roy started working with Point Man International Ministries Later joined by His new Bride Susan in 1997.

Susan was born and raised in Grand Rapids, Michigan where she eventually met Roy at an intercessory prayer meeting at a friend’s house. She and Roy then went on to get married and pursue their purpose in ministry by moving to California together and partnering their gifts to spread the love of God.
Susan’s love is to encourage others and intercede on behalf of the Body of Christ. She reflects the love of God in her role as a prayer warrior and her behind-the-scenes leadership as an administrator and counselor.